Best places to visit in and around Mangalore 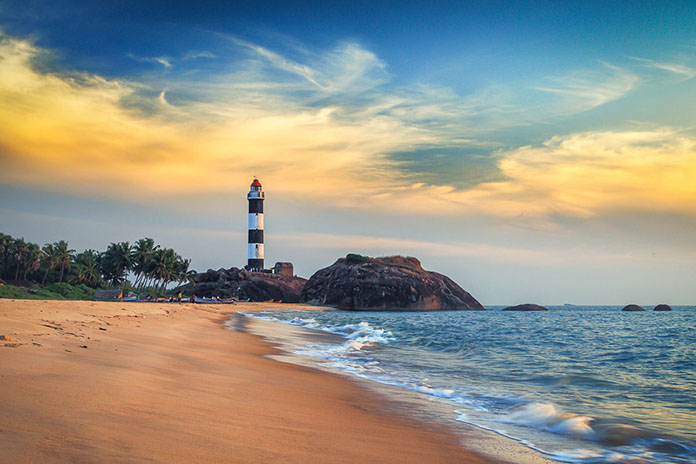 BEST PLACES TO VISIT IN MANGALORE

It is believed that Parashurama who was living in Sahyadri, killed the Kshatriyas who were cruel and donated the lands to Kashyapa. He prayed to Lord Shiva for a place to live. Lord Shiva assured Parashurama that if he performed penance at Kadali Kshethra, Lord Shiva would reincarnate as Manjunatha for the betterment of the world. As per Shiva’s orders, Parashurama threw his axe into the sea and created a place for his penance. Yielding to Parashurama’s prayers Lord Shiva appeared to him as Manjunatha with Goddess Parvathi and stayed at Kadri for the betterment of the world. As per the orders of Manjunatha, the Sapthakoti Manthras become the seven Theerthas.

Beat place to visit in Mangalore

The Billava community traditionally warriors (chieftains/ soldiers who specialized in archery in the army) wanted to carve a niche for themselves in the realm of spirituality. They wanted to be able to personalize the spiritual offering to their deity Lord Shiva with norms in accordance with the Villanova tradition. It is in such a scenario that Adhyaksha Koragappa a Billava leader and businessman took the initiative and sought a Guru for this spiritual quest. Adhyaksha Koragappa led a delegation of Billava elders and visited Shri Narayana Guru in 1908. He invited Shri Narayana Guru to guide the Billavas to build a temple

Someshwara Somanatha Temple is situated on the banks of the Arabian Sea in the Western Ghats of South India 13 kilometers away from Mangalore. The temple is known as Rudrapada Kshetra and is also a pilgrimage center for performing Pitrakrayas.

Panambur Beach is a beach in the city of Mangalore in the Indian state of Karnataka. This beach is on the shores of the Arabian sea and is credited as one of the safest and best-maintained beaches in India. It is the most popular, well-connected, and most visited beach in Karnataka. The beach is located in a place called Panambur 10 km north of the City center which comes under the administration of Mangalore City Corporation. As of now, this beach is maintained by a private enterprise under the banner of the Panambur Beach Tourism Development Project. Other attractions include jet ski rides, boating, dolphin viewing, and food stalls, and are also known for their highly skilled and trained lifeguards who patrol the beach to ensure visitor safety.

Tannirbhavi beach is a beach in Mangalore, Karnataka, India. It is one of the most popular tourist destinations in coastal Karnataka. Along with the beach, Sultan Battery, Tannirbavi Tree Park & the proposed Marine museum are also tourist attractions. It can be reached either by land near Kuloor Bridge or by ferry via the Gurupura river from Sultan Battery. Tannirbhavi is one of the popular beaches in Mangalore city and comes second in popularity next to Panambur beach.

Pilikula Nisargadhama is a multi-purpose tourist attraction, at Vamanjoor, the eastern part of Mangalore city in Karnataka, managed by the District Administration of Dakshina Kannada. It is a major tourist attraction in Mangalore. It attracts a large number of tourists due to the availability of multiple facilities.

The Sultan Bateri watchtower, constructed in 1784 by Tipu Sultan is in Boloor, 4 km from the center of Mangalore city, the chief port city in the state of Karnataka, India.

Best Places to visit in Mangalore

St. Aloysius Chapel, or the chapel of St. Aloysius College, is a Christian chapel in Mangalore in the state of Karnataka in southwest India. The Chapel is situated in the heart of the city on Lighthouse Hill.

Kateel or Kateelu is a temple town in the Dakshina Kannada district of the Indian state of Karnataka. It is considered one of the holiest Hindu temple towns in India. It is situated on the banks of the river Nandini.

Samantha Bhai Memorial Government Museum Mangalore, Karnataka, Collection of archaeological and geological artifacts, a unit of the Directorate of Archaeology & Museums Karnataka was founded on 4 May 1960 by Sri B.D Jatti, the chief minister of the Karnataka Government. The museum is located in Mangalore, the coastal land of Karnataka.

Milagres Church is a Roman Catholic church dedicated to Our Lady of Miracles, situated in the heart of Mangalore city. Established in the year 1680 by Bishop Thomas de Castro, it is one of the oldest churches in Dakshina Kannada.

Best Places to visit in Mangalore

At a distance of 9 km from Mangalore Railway Station, Ullal is famous for the Durgah of the Saint Syed Mohammad Sherifulla Madani. The Ullal Jamma Masjid is a famous pilgrim center for Muslims.

Syed Mohammed Shareefulla Madani Darga is the tomb of the soofi who came from Medina in 1569. The saint helped the poor through prayers and spiritual powers. The land for the Darga was gifted by Vittarasa Vodeya. A tomb was raised over the Saint’s grave after his death and the miracles continued.

Thousands of people from various states visit the mosque to participate in the Urus festival which is celebrated once every 5 years.